Books outlive people, and through them the conversation of past and present stays open. We just need to keep reading and looking closely. To open the books of the past is not to be cowed by them; it is to start that conversation. Professor Daniel Wakelin

In December 2017 the Bodleian Libraries in Oxford opened Designing English, an exhibition of its medieval manuscripts – books made, copied and illustrated entirely by hand from the 800s to the early 1500s. To accompany it, the curator, Daniel Wakelin, the Jeremy Griffiths Professor of Medieval English Palaeography at Oxford, invited contemporary artists to take inspiration from these olde bokes. Forty artists, working in media from embroidery to video, attended workshops in Oxford last spring to see and handle medieval books. They and others received a design brief with a portfolio of images of those books, and with excerpts of medieval manuscripts. In response, fifty-six artists made new books – or alternatives to books – inspired by what they saw, for a competition and display in the Bodleian Library. There is now an opportunity to see an extended version of this exhibition at Bower Ashton Library from 19th April – 29th June 2018.

The works created for this competition capture the creativity found in centuries old manuscripts. Asked to bring unfamiliar books and stories to life, the artists responded with similar inventiveness. Many artists showed that crafts dating back centuries such as calligraphy or embroidery are still thriving today. Used to make works of poignancy – bloody violence told in fine lettering, on animal skins stitched with red thread – and also used with self-referential humour. The responses remind us that medieval experimental formats – calendars, concertina books, rolls – are common in artists’ books now, but are used to tell different stories: medieval saints in calendars are replaced with modern heroes. 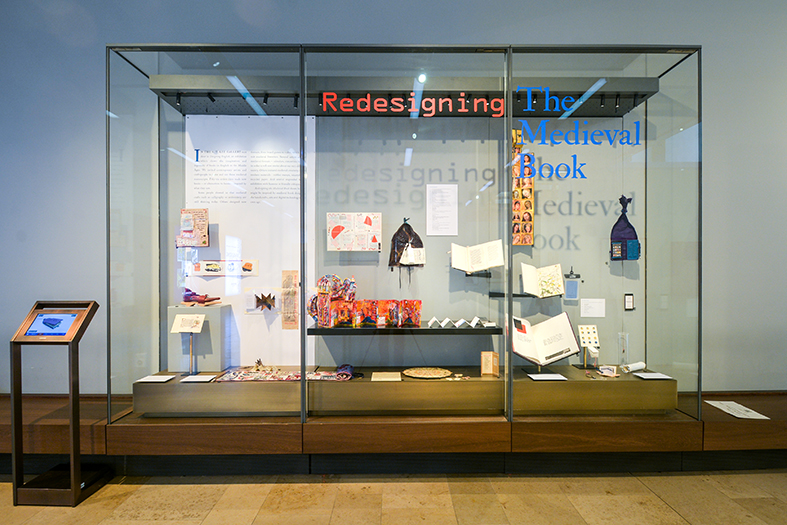 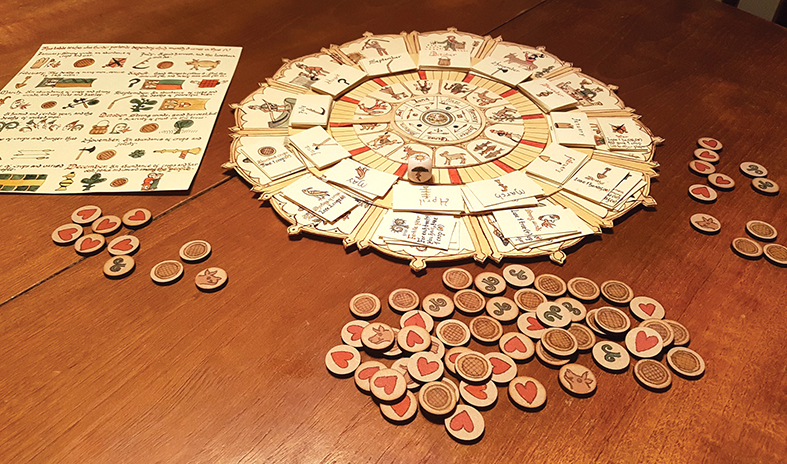 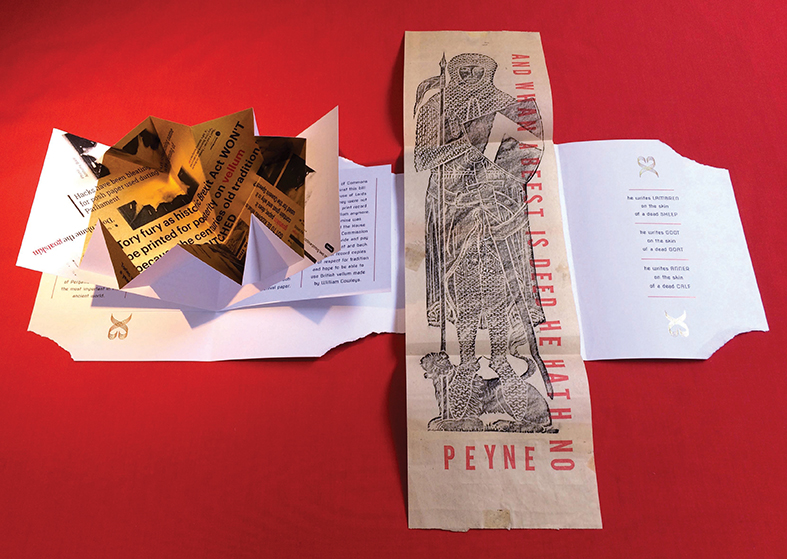 Several artists responded to the medieval books – and the way they are cherished by institutions like the Bodleian Library – with humour or friendly critique. Is it wrong to relish medieval manuscripts made from animal skins, as most were? Can the experiences of women, so often obscured in medieval books, be brought into focus by adjusting words and images?

Others turned to new media which might suit medieval literature: the role of the dice of medieval Fortune suits the chances of the board game; the scrolling screen of animation unrolls a pilgrim’s guide better than a book might. And people showed a medieval spirit of improvisation by adapting new materials to new ends. Recycled junk mail forms a palimpsest for a book in Esperanto, which might replace English one day; a smartphone turns out to fit snugly inside a medieval ‘girdle book’. 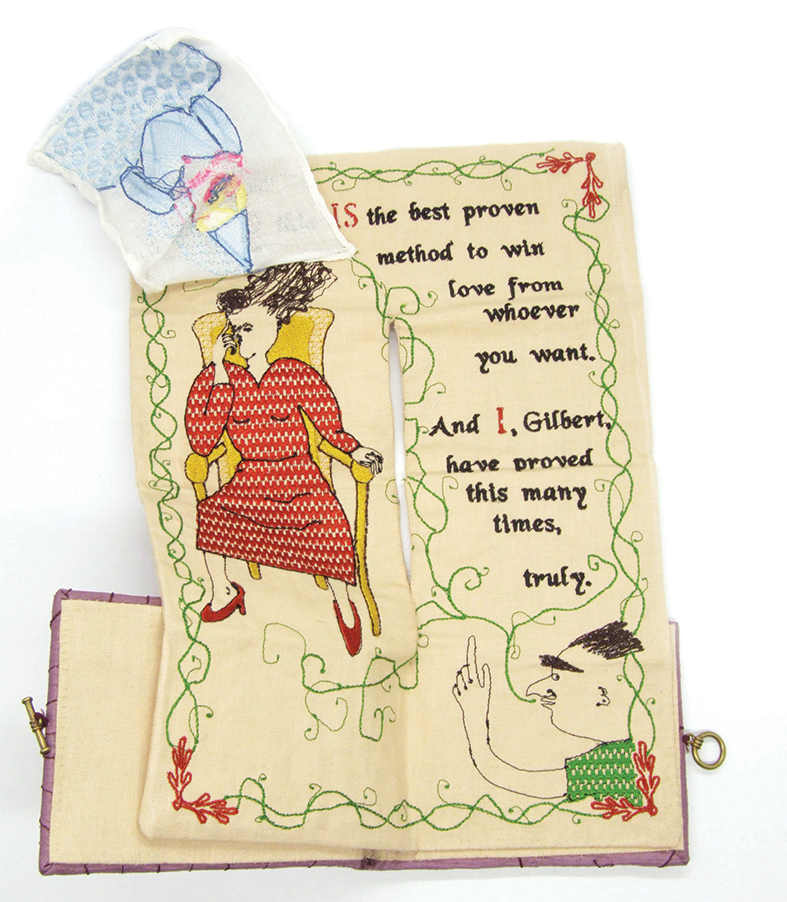 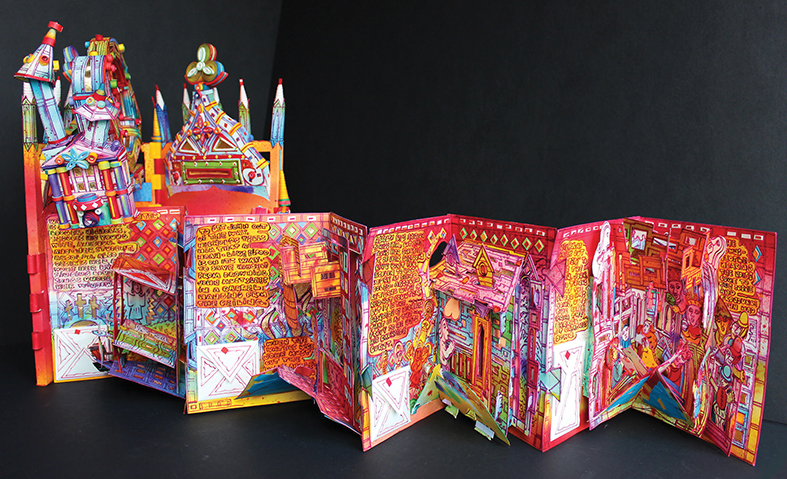 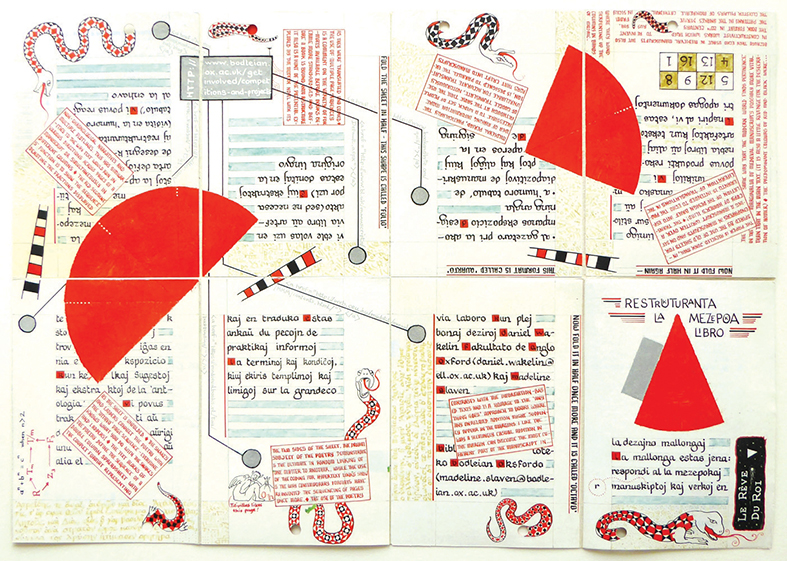 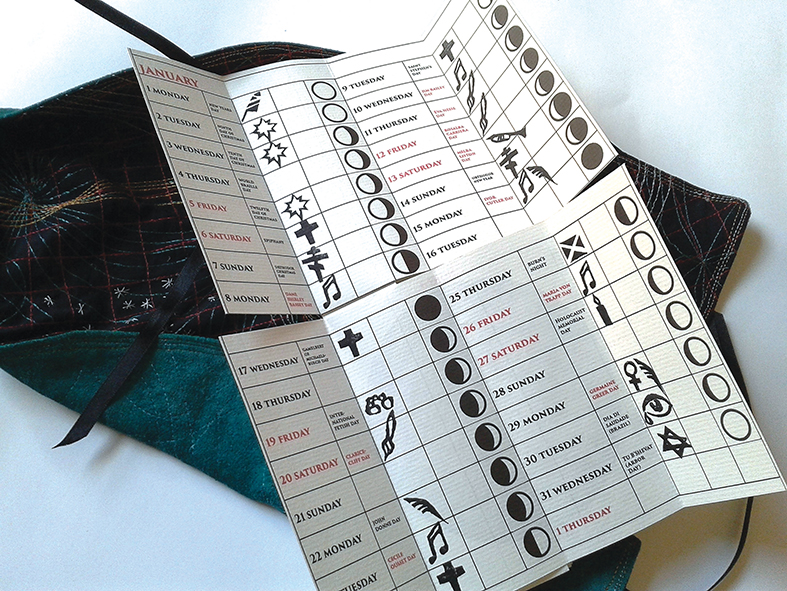 A diverse and inspiring collection of new work, around forty of these books will be exhibited at Bower Ashton Library thanks to the involvement and support of Professor Daniel Wakelin and the Bodleian Libraries. For those unable to visit Bristol, a pdf catalogue of the exhibition is available to download here.

This exhibition at UWE has been organised by MAMDP alumna, Corinne Welch.

The Matter Of Jerusalem by Shay Hamias in collaboration with Anthony Bale for the Bodleian Library’s Redesigning the Medieval Book exhibition.

View the digital animation on Vimeo: 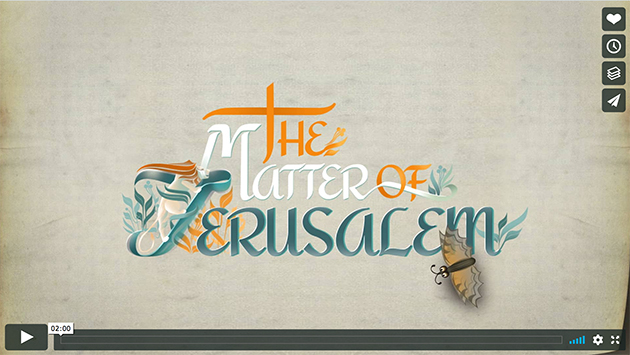