Cathey Webb – Handling the Book – The Marks We Leave

My recent work focuses on how we handle books and how this informs our perception of a book. When we read a book, we leave marks which enhance or detract from the readers experience. You may have a favourite old book covered in creases or marks that you would never swap for a pristine new edition. Your old copy may link you to a time and place in your life when you read it. This quality of books can influence the experience of reading; it can enhance or distract from the narrative and gives the book a life of its own.

The text of The Marks We Leave asks the reader how they are holding the book: gripping it tightly or lightly touching the edge of pages. A group of volunteers each read a copy of the book with inked fingers, leaving clearly visible marks on the edition they held. Each of them hesitated prior to handling the book; a Western tendency where the visual sense is more prevalent than that of touch. Most of the readers commented about how unnatural the activity seemed. 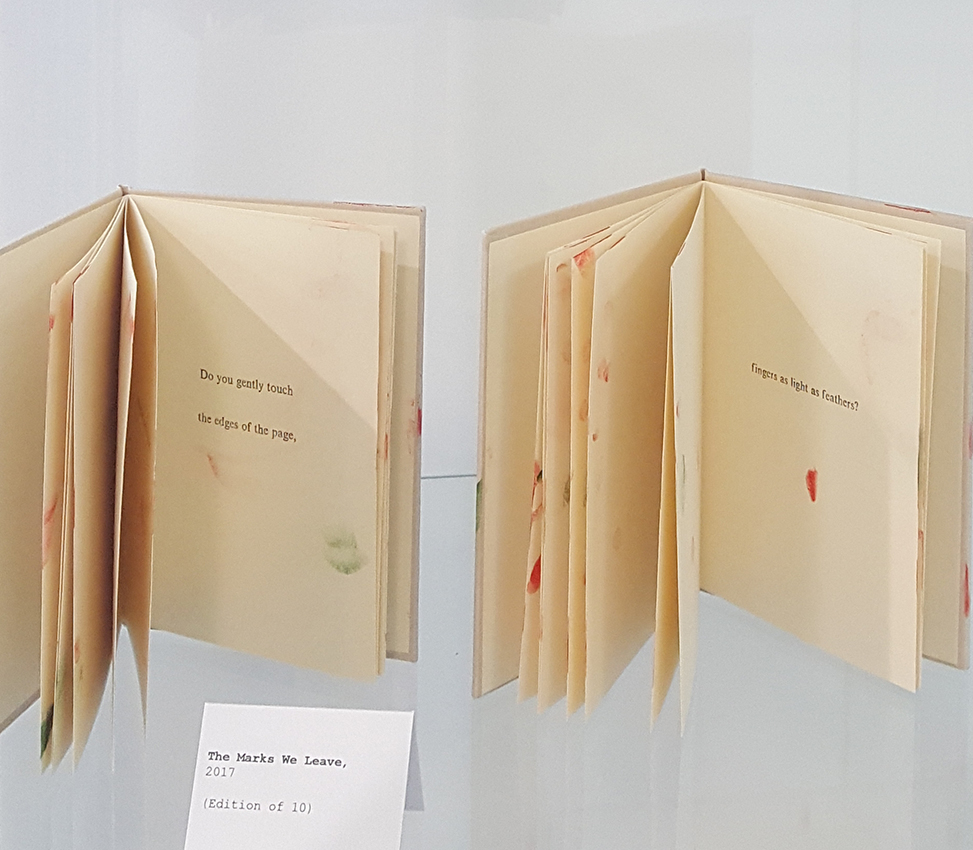 The readers’ comments inspired, and are used in, the next book, It’s Unnatural. The gold silk covers suggest something valuable and precious, to be handled with care, which contrasts with the crumpled pages of the book. The comments draw the readers’ attention to the paper they are handling and how it seems ‘unnatural’ yet pleasurable at the same time. As the structure of the paper is broken down in the crumpling process it becomes soft and feels like silk.

The flip book ideas came from a reader re-interpreting the stone in A Stone’s Throw Away for a fingerprint. So the first flip book is a finger print spinning round as the stone does in a A Stone’s Throw Away. The second flip book mimics the action of flicking – so as the reader flicks through the book they see a fingerprint below their own. The idea is to make people more aware of their own actions in handling the book. In the third flip book, fingerprints appear all over the book as when slowly studying it.

The Crumpled Books require the reader to slowly undo a tightly crumpled ball of paper, without ripping it. The idea is to draw attention to the action of the readers’ hands and the feel of the paper. One of them gives the reader clues to a crossword to encourage them to think about what it’s about. The idea came from mystery books, and reading Too Long a Solitude by Bohumil Hrabal – referred to in John Bently’s essay in the Artist’s Book Yearbook 2018-2019.

Thanks to everyone who took part in The Marks We Leave.

Cathey Webb is currently Artist in Residence at Bower Ashton Library, UWE until the end of May 2018

Cathey will be making a series of books exploring Found Poetry, by randomly choosing words from the books on specific book shelves at Bower Ashton Library. 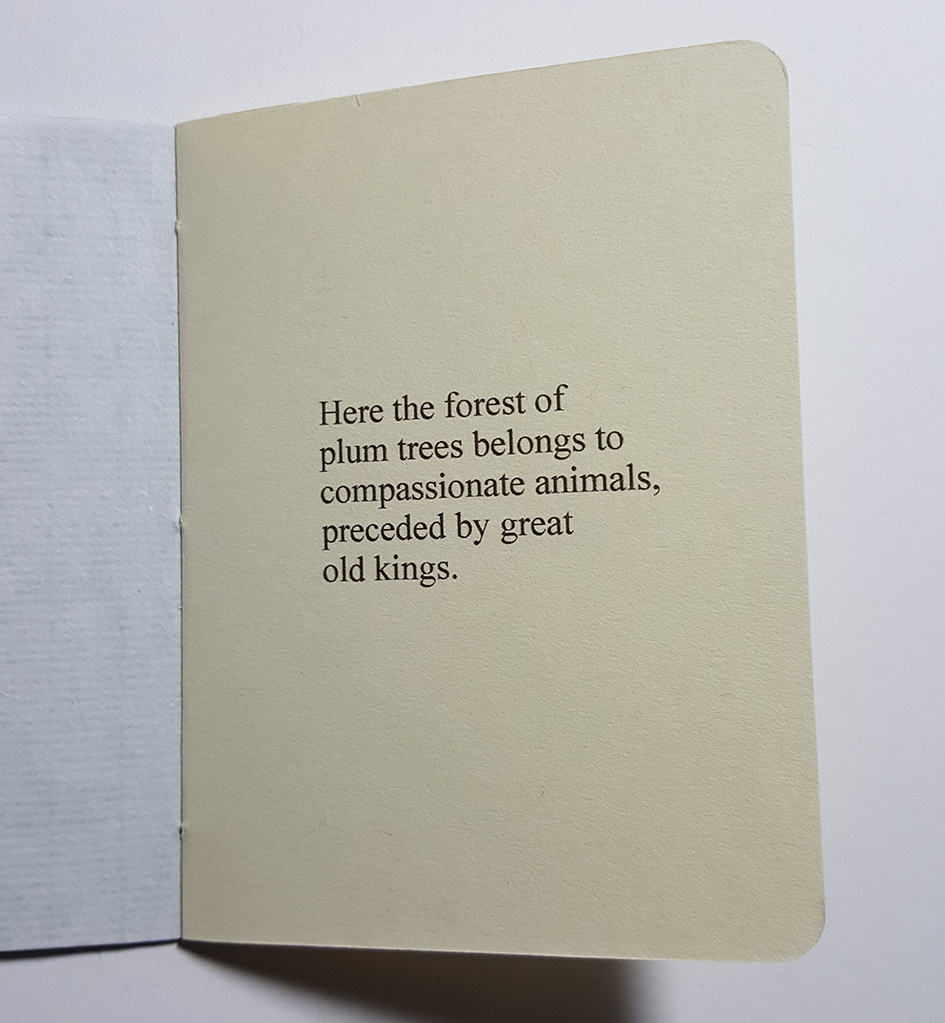 The project is inspired by Jeremy Dixon’s recent workshop at the Artists’ Book Club (ABC), and his current exhibition ‘The Making 52 Books in 52 Weeks Challenge’, on show in the Library until 28th February 2018.

ABC meets once a month to discuss and explore Artists’ Books. The group also works towards shared projects, exhibitions, and book fair events, details are on the ABC webpage.

Cathey will be in the library for a short period most Thursdays, gathering information for the project. At the end of the project the books will be exhibited in the Library.