Tamar MacLellan and Philippa Wood are both educators from the creative arts, who have worked collaboratively since 2006 to produce limited edition artists’ books as part of The Caseroom Press. Their practice is located within themes of domesticity and seeks to examine the way ordinary, mundane and decorative objects lend personal meaning to the spaces we inhabit, and our subsequent relationship with these objects.

This trilogy of books was borne from a move by Wood to a new house and the subsequent renovation of the garden. Whilst digging, fragments of china started to be unearthed on a regular basis and became a talking point between the two artists who recognised that these findings, whilst not particularly important, or indeed valuable, captured a glimpse into the lives of previous residents. MacLellan recalled a similar collection belonging to her Mother which had been found on the family allotment.

The first book Recovered and Recorded explored a small selection of Wood’s found blue and white china fragments and is presented as two small concertina books contained within an archive bag with record card and includes one fragment of china from her collection. The book was launched at the Small Publishers Fair in 2018, and afforded the artists an opportunity to engage in a dialogue with the fair’s audience and participants around the question of objects discovered in gardens. These conversations were captured on a pre-prepared questionnaire and became the content for the second book entitled Kept.

The information gained from the questionnaires showed that garden findings were wider in scope and enabled Kept to explore the broader context of recovered items. The book examines not only what was recovered from the earth, but also historical data relating to either the object itself, or the location of its discovery. Personal thoughts and memories form an additional narrative, and the die cut front cover indicates the geographic placement of each discovery. 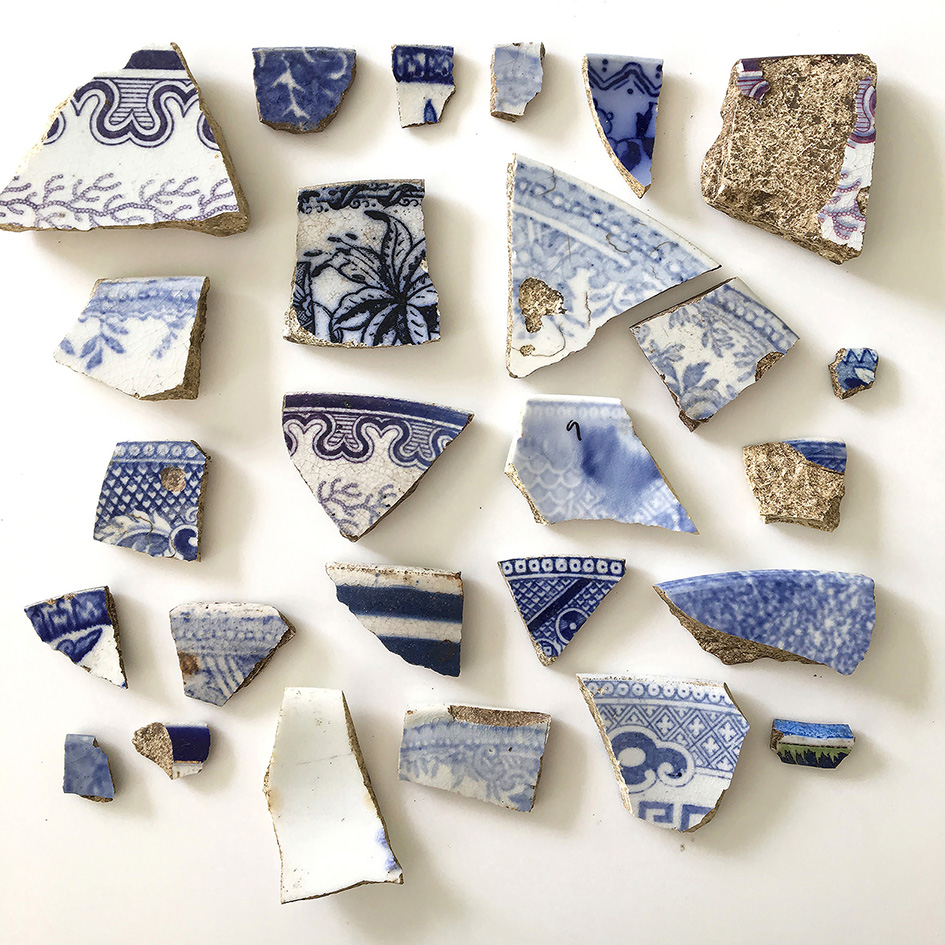 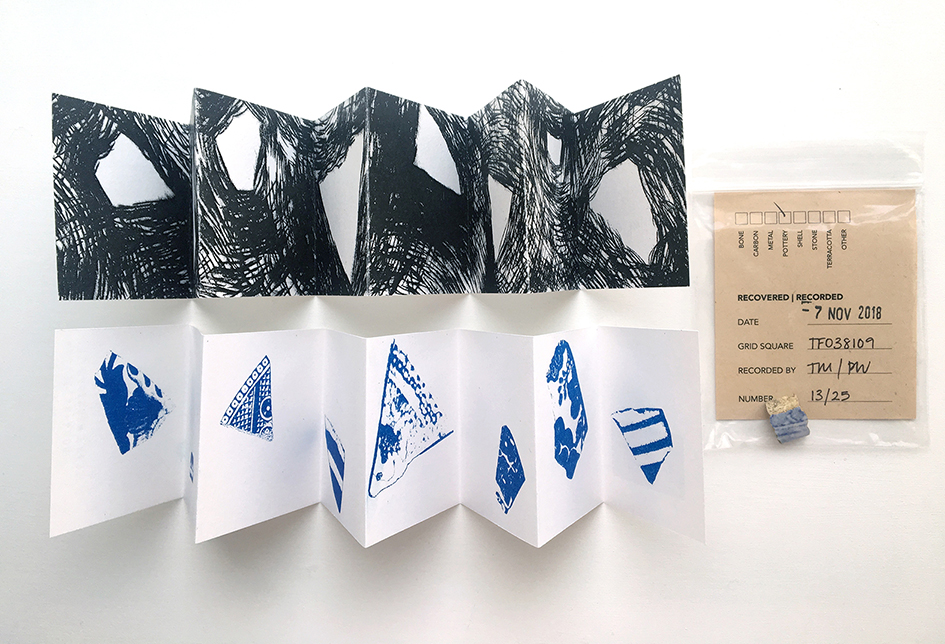 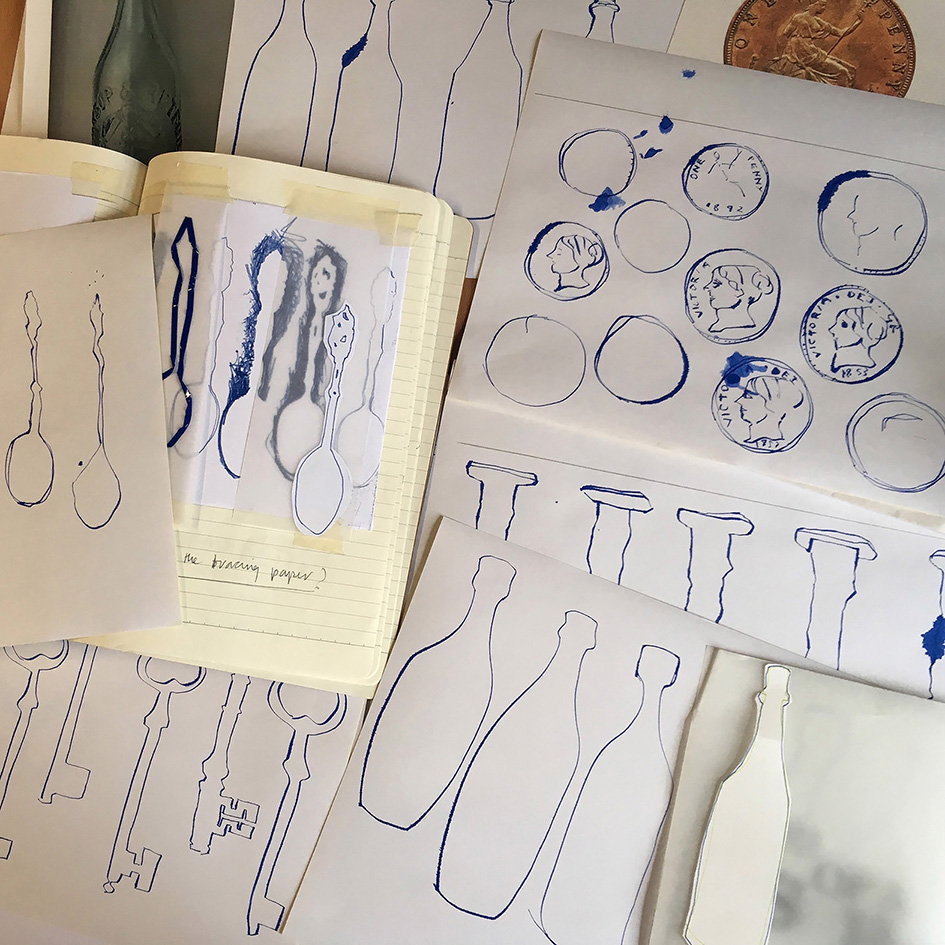 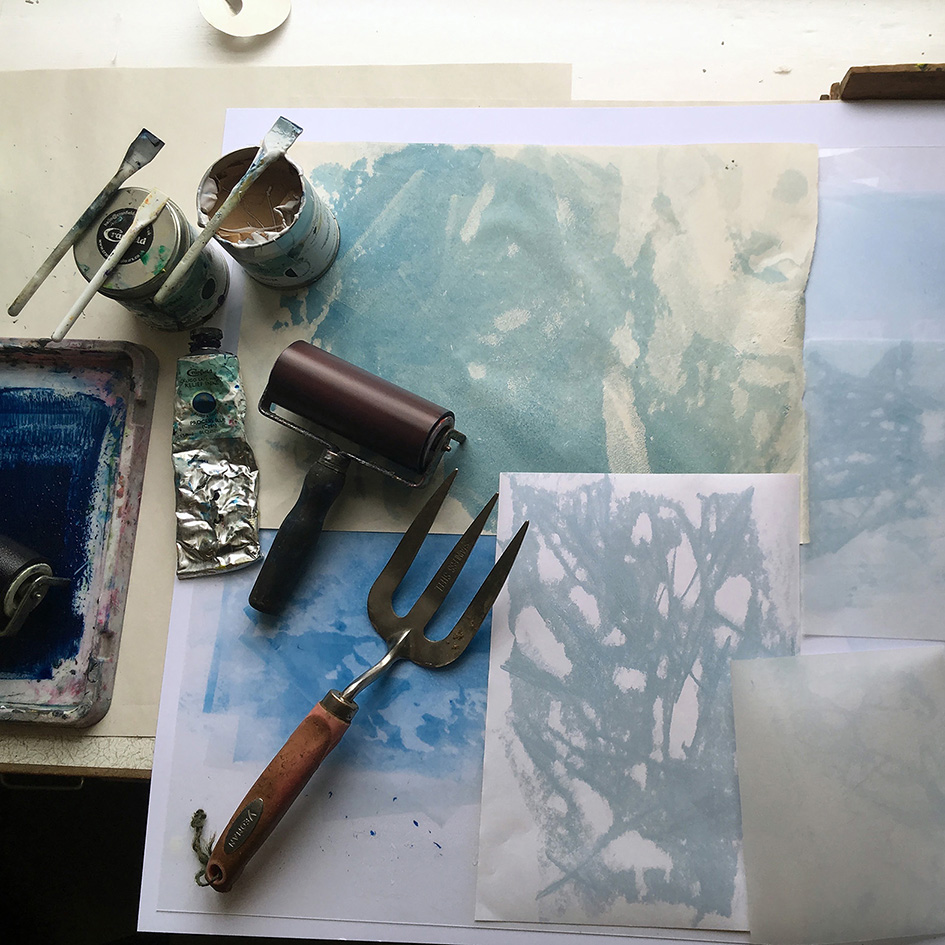 For the final book in the trilogy – Feast, each artist catalogued their individual china collections. Examining the categories, the idea was formed to work with the edge pieces of the blue and white sections only. During data collection for Kept, a respondent had commented ‘I think they were all plates’ – this resonated with MacLellan who began to explore the edges of the china pieces in relation to plate size. Wood’s research led her to tableware and subsequently exploring the idea of regional foods. The final pair of one-sheet books documents eight china fragments from each collection – eight being the number of different sized plates that form a tableware set. On the reverse, traditional foods from each region offer a sense of place with key words highlighted through letterpress printing.

Participation in the 2019 Small Publisher’s Fair in November, presented the opportunity for the three books to be viewed together for the first time. Interest in any of the three prompted an explanation of the trilogy, and enabled ideas around research interests, social history and possible stories of times past to be shared. 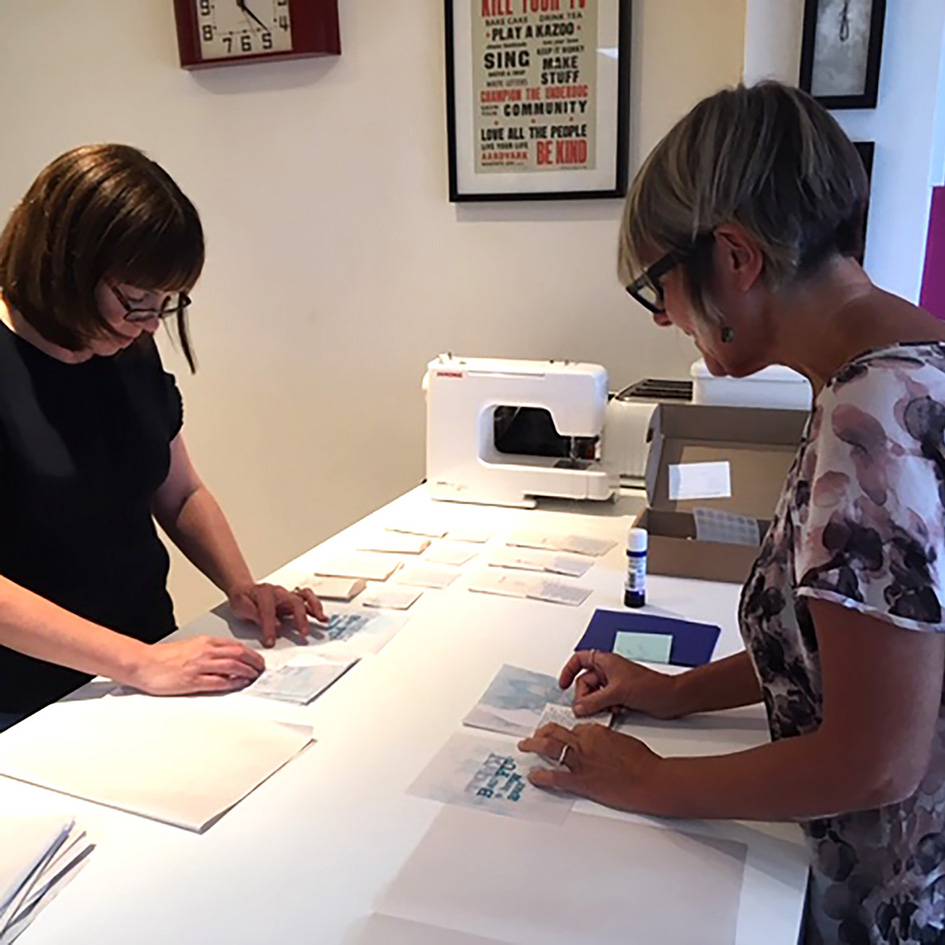 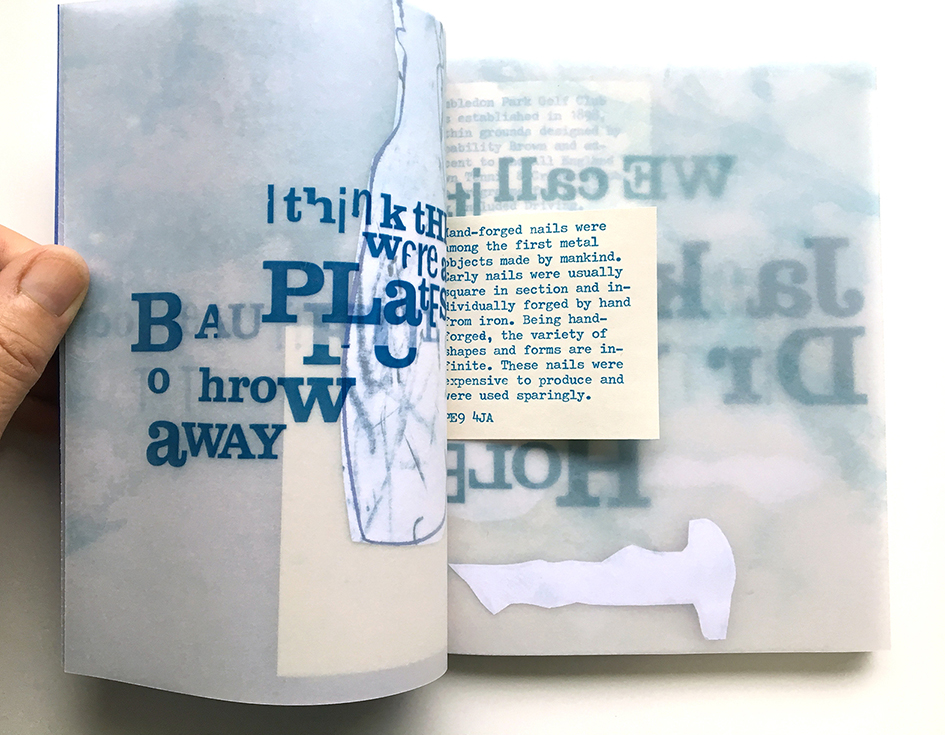 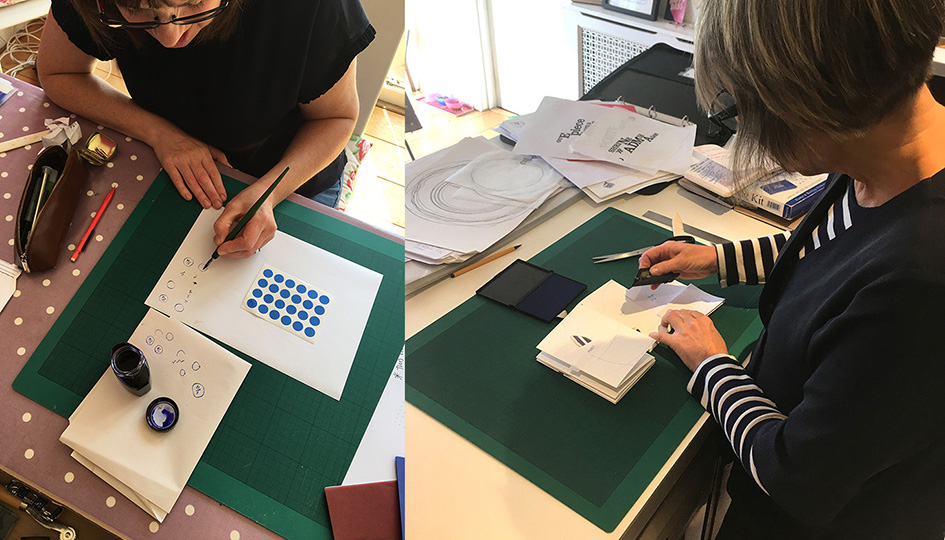 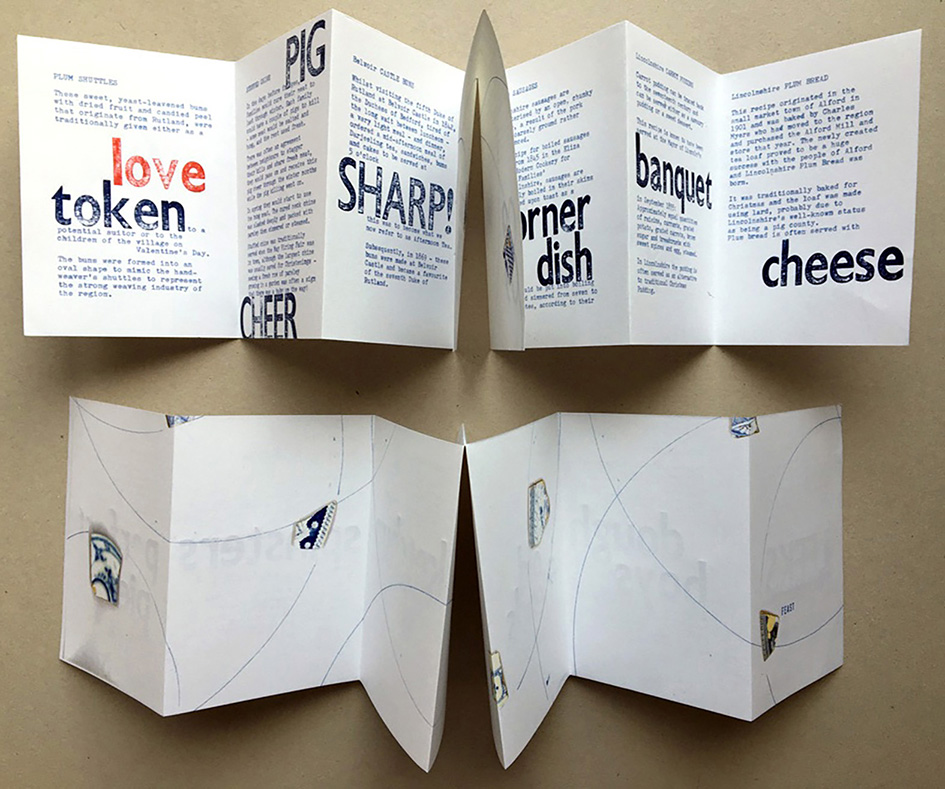 For more information on Tamar MacLellan and Philippa Wood visit their project website.