Anton Hecht is an artist who works in the public sphere, constructing works playfully to reconfigure existing forms such as music or dance or poetry. Participants are often the focus of the work and their engagement crucial to its content and direction. The final work tends to be some form of documentation, mostly video, made from the accumulation of moments with many people over time. Edits are made and the work emerges.

Anton and a number of other artists have been developing undercover works contained within existing books that are placed back on shelves in libraries for people to discover. This began as flip animations hand drawn onto corners of the pages and evolved into the Fore-edge project for Digital Makings, with images hidden on the edges of books, which have to be fanned to be revealed. 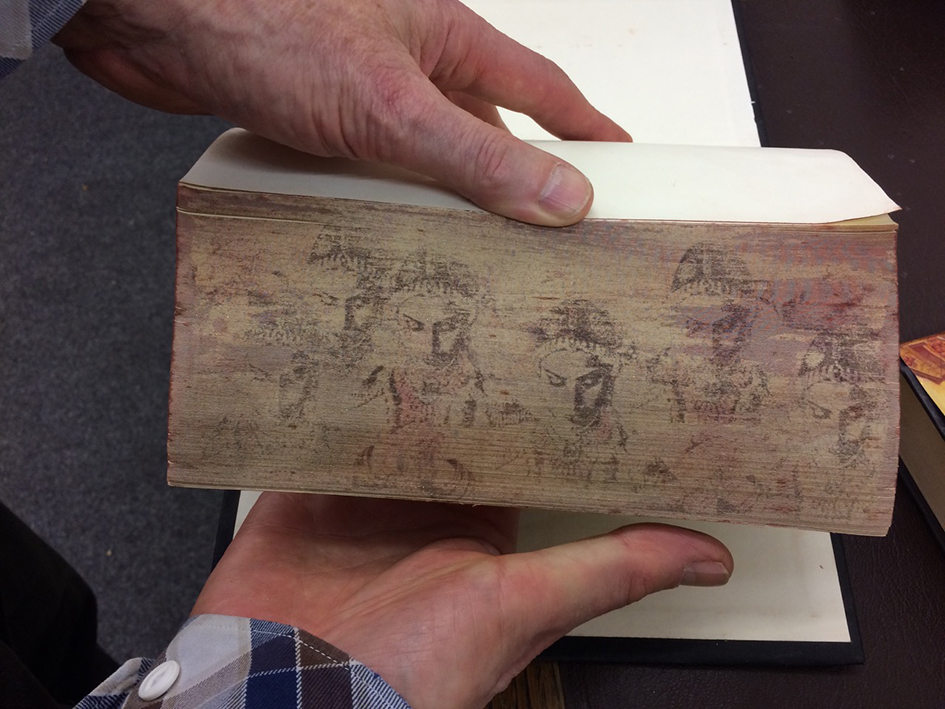 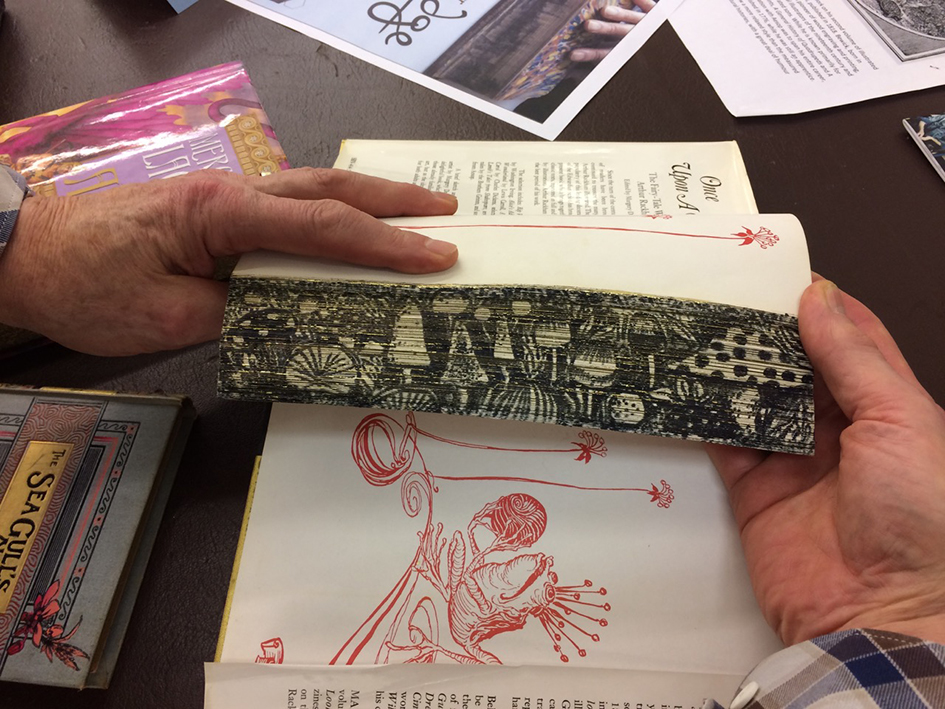 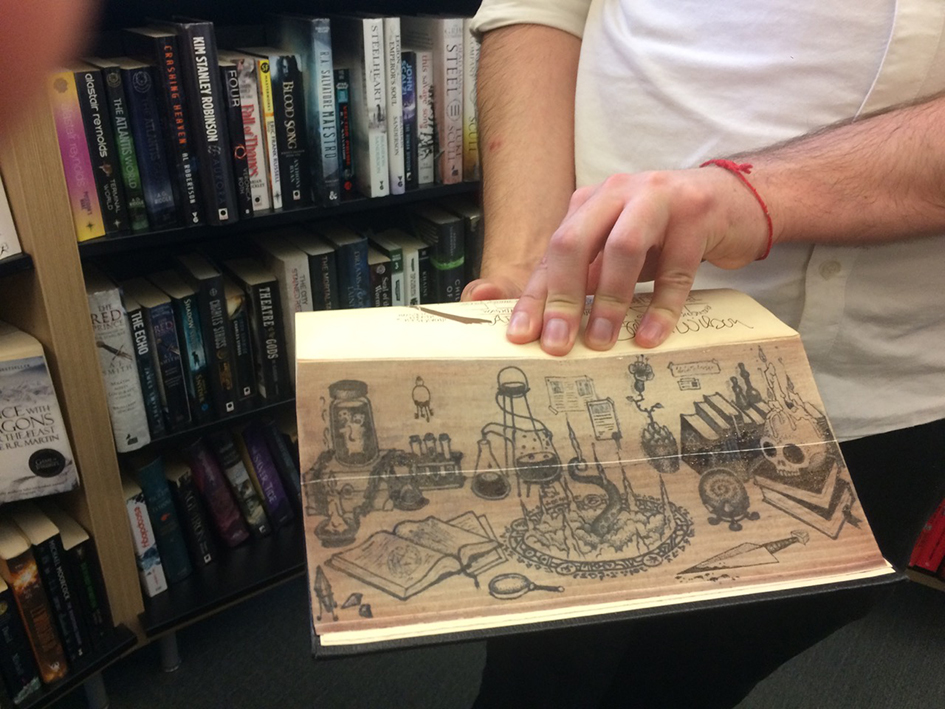 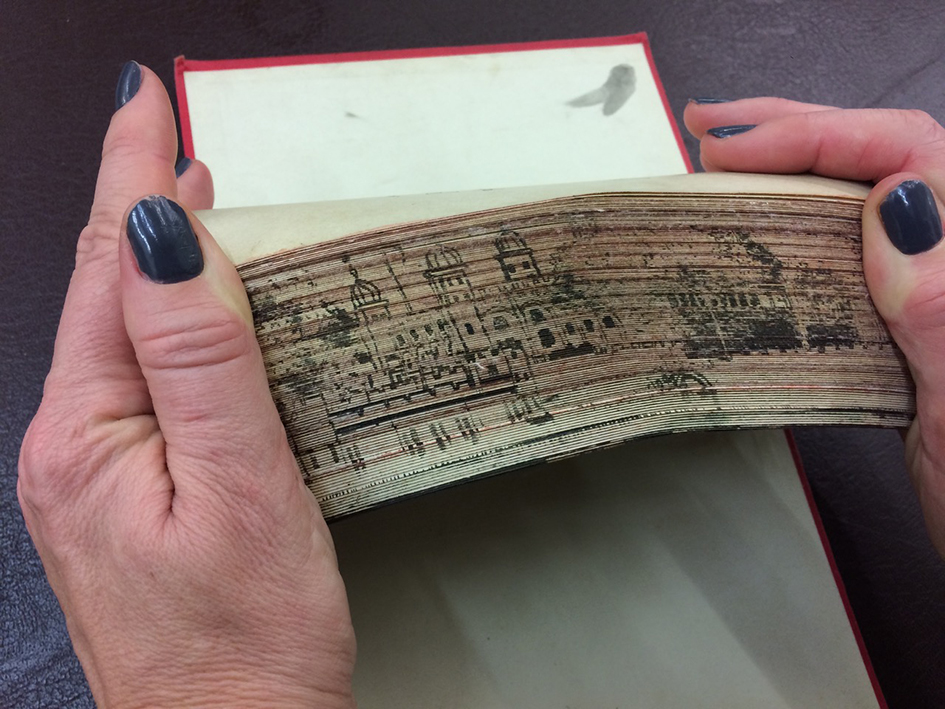 This collection of books formed the ‘Undercover Fore-edge Book Trail’ which premiered at Gateshead Central Library. Artists were commissioned to paint an image onto the fore-edge of the book (the edge of the page), secretly hidden using gilt edging. This 10th century technique was used extensively in some of the most prized books at the time. Bringing this into present day technology, a number of augmented reality books which, when viewed through a tablet or phone device, reveal hidden animations (an app can be downloaded onto your device or use one provided at the lending desk). The work tries to bring a contemporary interpretation to this ancient craft and make it something exciting for today’s audiences. It is hopefully a tactile joy to fan the books and see the images appear.

To celebrate World Book Day, Anton and one of the fore-edge book artists Chris Folwell were joined by Paul Smith from the Society of Bookbinders at Newcastle’s Lit & Phil who owns some original fore edge books for a workshop to find out more about this interesting and lost art form. Chris Folwell also led a fore-edge book workshop where participants got to design and make their own secret drawing on a book of their choice.