Georges Perec’s postcards were first published in a French magazine Le FOU parle, in 1978. Far from their description ‘en Couleurs Véritables’ (in Real Colour), they are only postcard messages, with no holiday pictures at all, and entirely in black & white.

The messages were translated into English by John Sturrock, and published in 1997 by Penguin Classics, in Species of Spaces and Other Pieces.

The unnumbered messages describe hedonistic vacations of happy holidaymakers, careless about sunburn and with never a hint of the discomforts of travel, nor the bills. There are so many messages that even if you took three holidays a year it would take a lifetime to experience them all.

The idea of this project was to respond to Georges Perec’s 243 imaginary postcard messages by making the missing images, then sending real postcards. There was an enthusiastic worldwide response, catching the imagination of students & professors, artists & writers, Perec scholars, translators, mathematicians and architects. 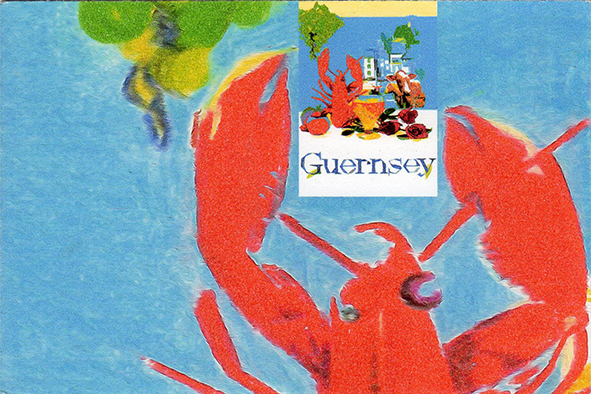 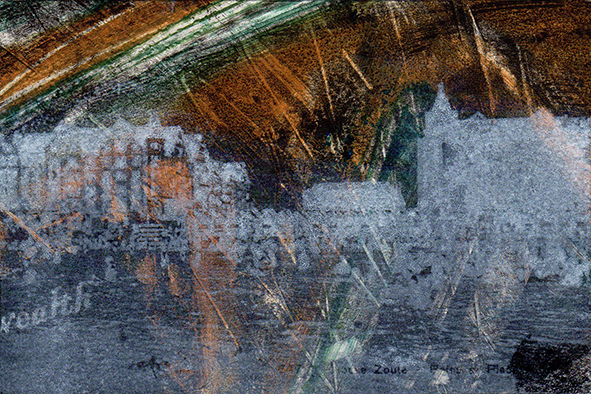 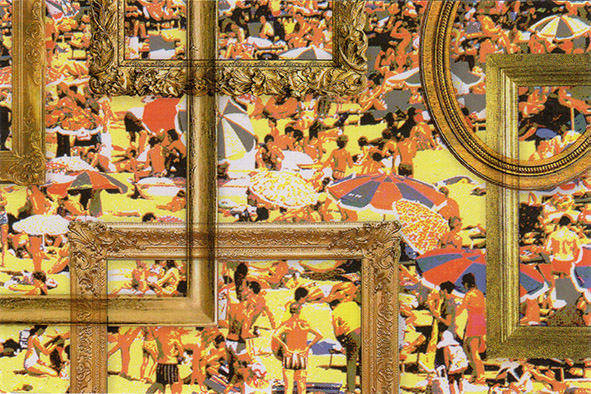 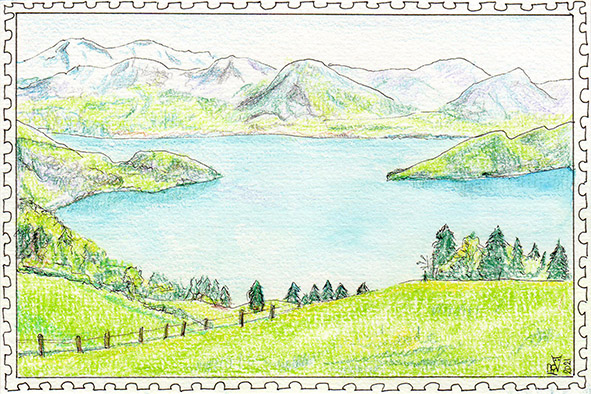 A batch of twenty-four cards rocked up late together, like a group of revellers returning from a party in a distant sorting office, in defiance of social distancing. The card from Mexico arrived a little dishevelled after a journey of three months. Only three were lost in the post; fortunately their images have been reproduced. Georges Perec’s postcard messages + the images = 243 postal artworks.

The messages were dedicated to Perec’s friend Italo Calvino, both men were members of OuLiPo, Ouvroir de Littérature Potentielle (workshop of potential literature). This group of writers and mathematicians, based in Paris from the 1960s, explored the use of constrained writing techniques, and this is the first clue to unravelling the secrets of the messages. 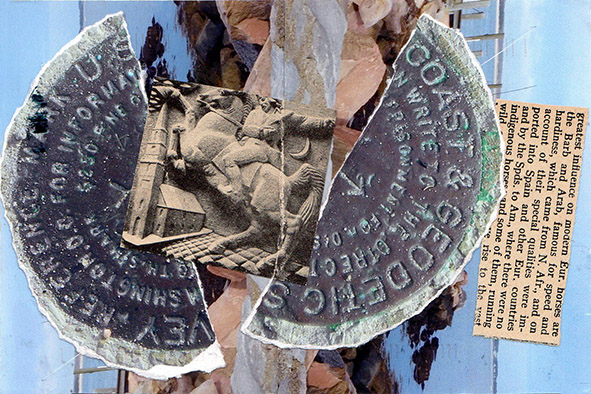 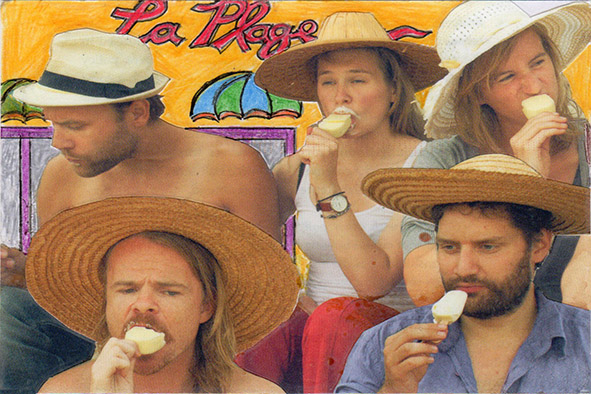 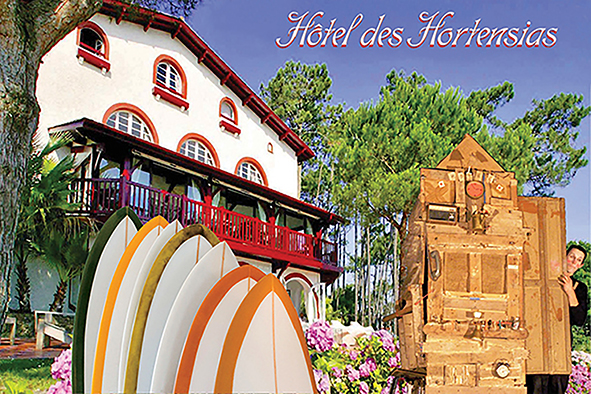 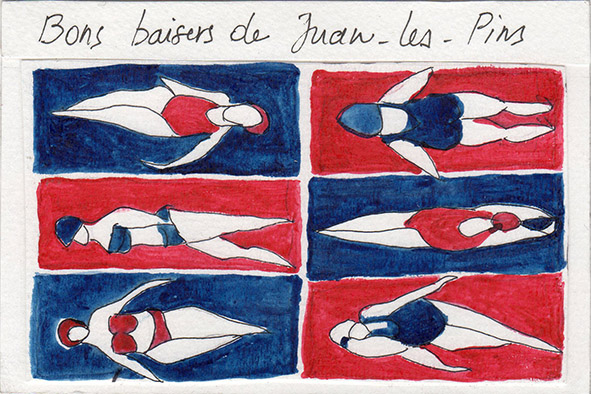 Perec made lists of countries & regions, towns and hotel names, using all the letters of the alphabet equally three times, dropping in literary and historical references, to give each message a location. He then also listed numerous activities, entertainments, thoughts and greetings before mathematically shuffling and combining them all. A typical message would take the form, “We’re at the Pension des Glycines. Weather good. We eat well. I’ve got sunburnt. Back on the 17th.”

The postcard messages were allocated to their volunteer artists using Perec’s own knight’s move grid system, which was one of the methods he used to combine the elements of his messages.

In this year of staying at home we have travelled through the Republic of Postcards in a postal post-modernist Grand Tour. The 40th anniversary of Georges Perec’s untimely death approaches. His work continues to intrigue and inspire, and through these postcards his messages have come alive.

*Due to social distancing measures we cannot currently welcome visitors. We will be sharing the books with the public online via UWE Bristol Library’s Twitter feed. Up to date info can be found here.