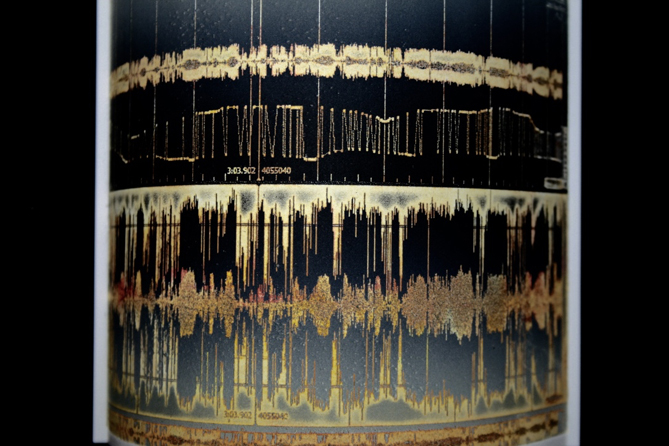 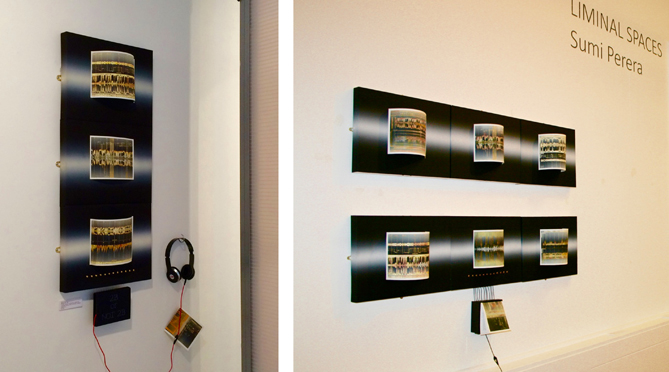 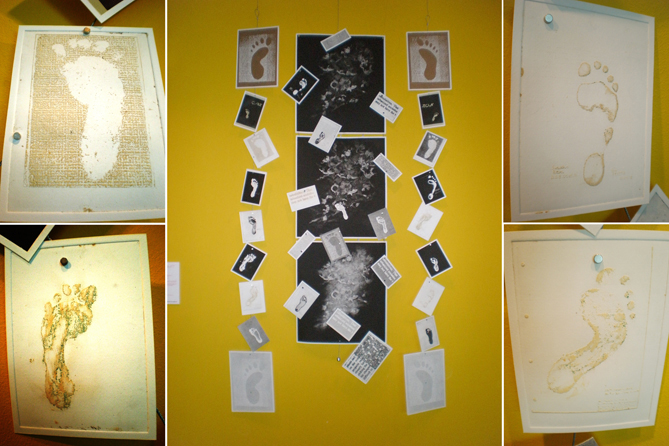 She makes the prototype of each prospective collaborative work herself, researching, experimenting and developing, until the work acquires a distinct voice. She then reverses the editorial control, by inviting others to take over the final artistic license to intervene and alter it by re-sequencing, adding, subtracting, inscribing, erasing etc. She does not set a brief or deadline to participants, but merely asks that they respond to the assembled work in any manner they wish to.

The books and pages exhibited are a cross-section of selected collaborations over the last ten years from a cohort of international artists, curators, gallerists, actors, dancers, choreographers, singers, hairdressers and animals; in an active or passive capacity and are all ongoing projects.

List of contributors/participants are included with each project within the exhibition. Some were solitary respondents, working in different spaces, and others worked communally altering each others’ work. 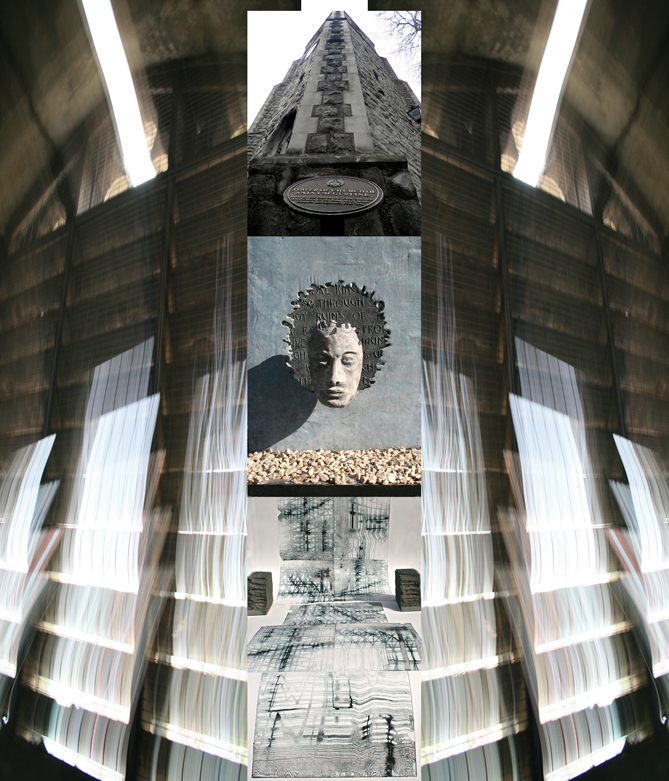 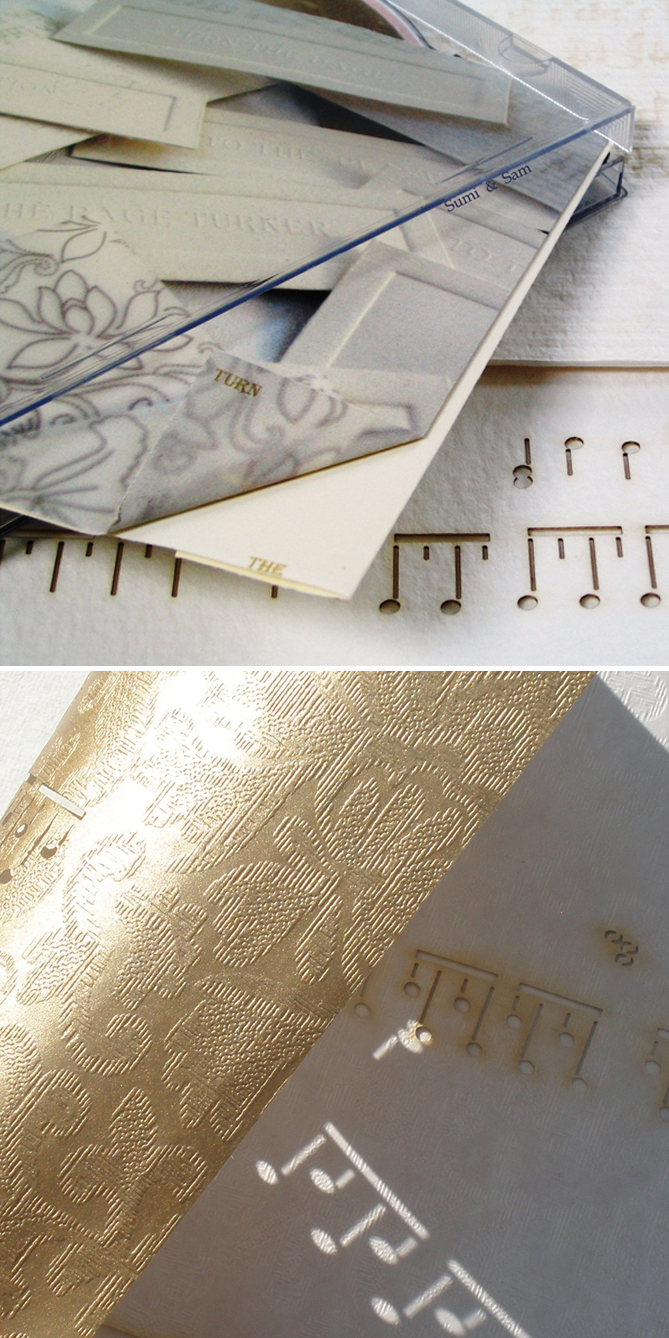 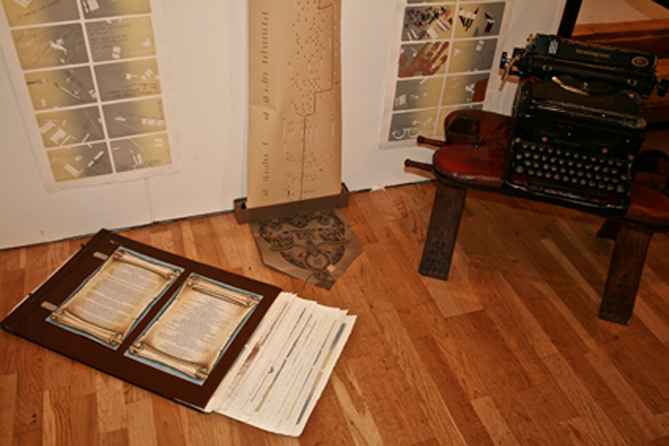 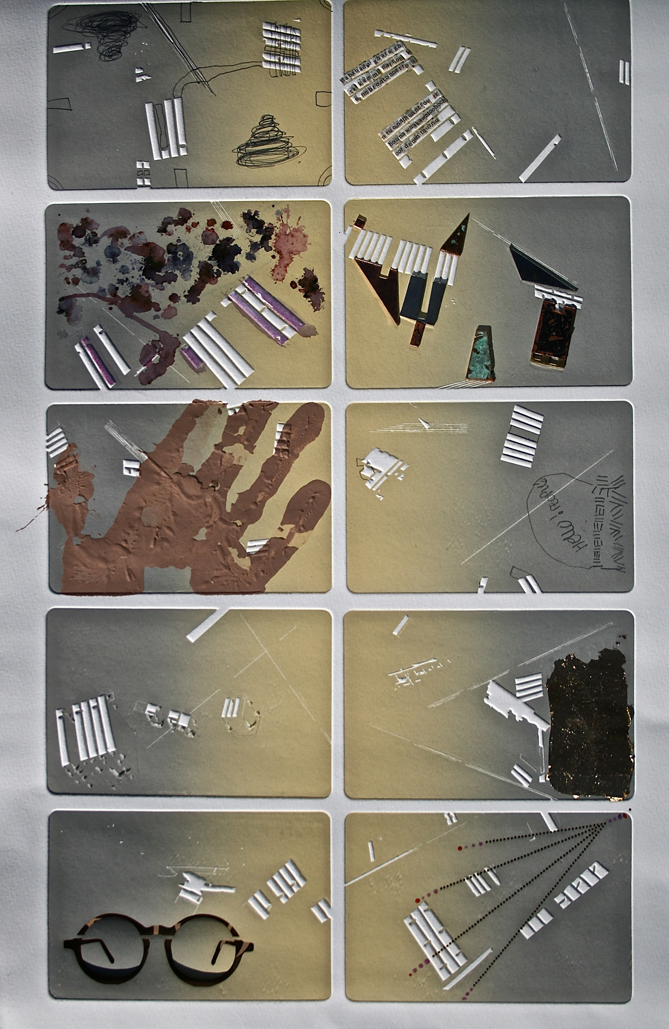 PERCEPTIONS (2006). Helen Keller International Award. Designed to increase awareness of deaf-blindness. An artist’s book with detachable SSAEs circulated to form a multi-authored work. The etching plate was designed by Perera, while wearing a blindfold and earplugs following a visit to Sense Scotland, Glasgow.

TURN THE PAGE… (2008) ‘Book to Book’ at the Leeds Art Gallery [11th International Contemporary Artist Bookfair, Leeds]. A tribute to my mother (pianist), and a recording of only each ‘page turn’, with the ‘performed music’ in between kept silent (composer/pianist: Samantha Fernando)

WORK IN PROGRESS (WIP) James Joyce & Company, Hadjigeorgakis Kornesios Mansion, Nicosia, Cyprus; LOOP 2014 Bankside London. A tribute to Finnegans Wake – it speculates on the combined acoustic effects Joyce’s typewriter clicks and his daughter Lucia’s dancing feet, might have had on the aural component of the novel. The largest collaboration so far (100+ contributors-from an unborn baby to a posthumous contribution from my father)

2B or not 2B (2016). A multi-component 3D print and sound installation. (electroconductive inks programmed to generate sound upon touch) A tribute to the 400th Death Anniversary of the Bard. The phrase TO BE OR NOT TO BE is interpreted in various formats: spoken, drawn, written, typed or danced.

She also coordinated the exhibition REMIX/REIMAGINE (New Brewery Arts, Cirencester) for Impress 2016 an International Print Festival, with members of the Gloucestershire Print Cooperative over 6 weeks, responding to several of the above works [WIP, UB & IO-OI]

More details and names of participants are included within the exhibition accompanying each project, more info is available online: www.saatchiart.com/sumiperera