Before photocopiers took over copy-making, messier, cheaper simpler duplicators ruled the world. The Gestetner revolutionised the office making printing easy, cheap and widely accessible. Its simplicity, efficacy and economy quickly put it at the heart of the community where schools, churches, local clubs and organisations churned out endless reams of pamphlets, bulletins and newsletters. But behind closed doors the Gestetner sat just as solidly at the epicentre of counter culture; it was the DIY tool for fanzine writers, beat poets, anarchists and agitators. Hovering in the hazy world between subculture and the truly clandestine, it helped to foster freedom and express the shock of the new.

2021 marks the 140th anniversary of the Gestetner which was first patented in 1881 by David Gestetner. Gestetner devised the duplicator after working in the stock market in Vienna where his job involved endlessly, hand writing multiple copies of each day’s activities. He had previously been a kite seller, and it was the waxed Japanese kite paper that inspired his first duplicating device using a waxed stencil and stylo. David Gestetner eventually moved to England and in 1881 established the Gestetner Cyclograph company. The Gestetner works opened in 1906 at Tottenham Hale, north London, and employed tens of thousands of people right up until the 1990s. 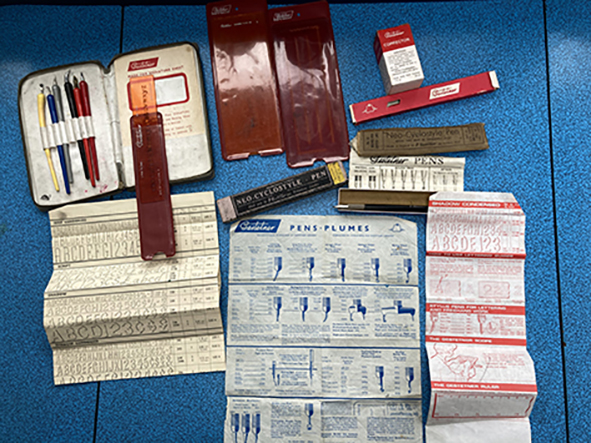 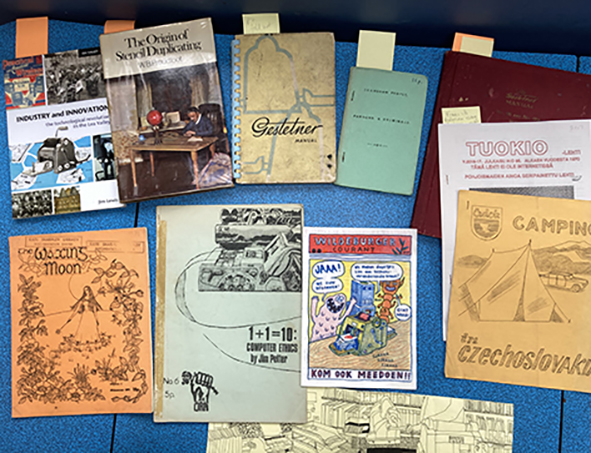 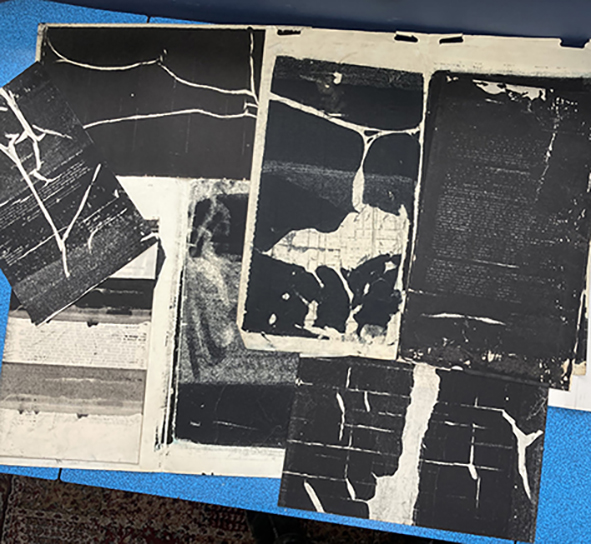 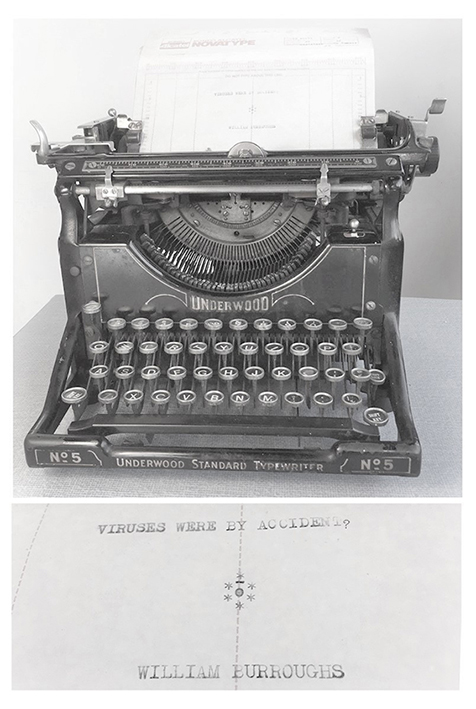 Petra Schulze-Wollgast (psw) is a German based artist and printmaker whose work explores and uses outdated printing techniques. She creates abstract typographics on typewriters and with dry transfer letters and letterpress. Since she usually works in series, she makes books from her works – duplicating them with mimeographs and publishing them under the label Plaugolt SatzWechsler. She is also the creator of the ongoing mimeo printed magazine ToCall and editor of the TYPEWRITTEN artist’s book series. Her Gestetner allows her to duplicate quickly and cheaply. She relishes the restrictions that out dated printing techniques impose on her practice. “Each printing and duplicating technique has specific restrictions; but interestingly such limits only encourage creativity.” 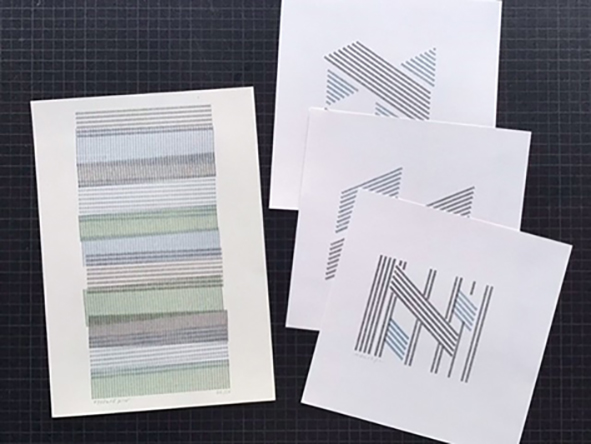 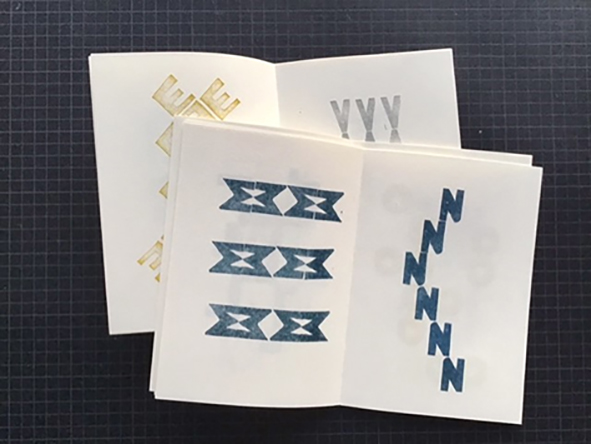 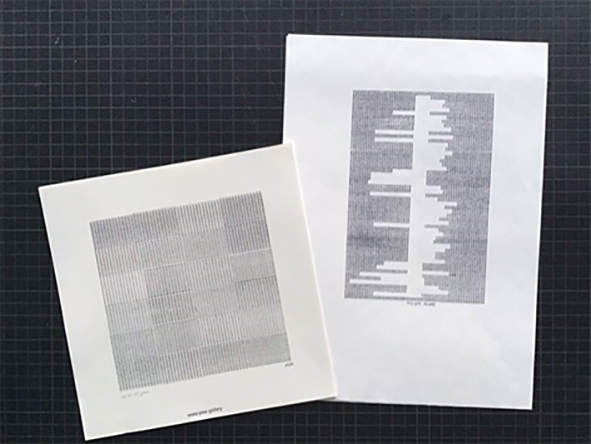 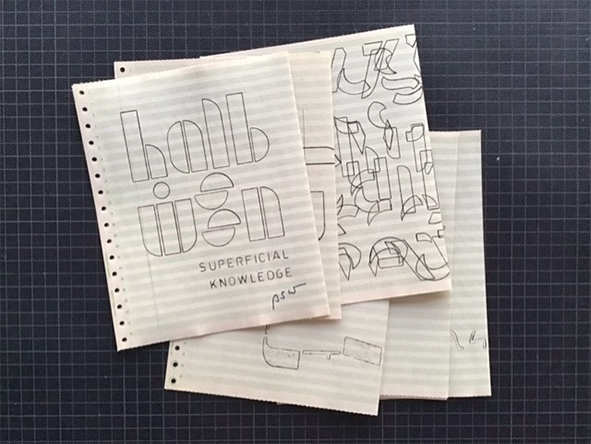 Printer, publisher, editor and independent scholar of Beat, Jim Pennington is equally interested in out dated equipment and the Gestetner is central to his practice as both publisher and artist. In 2016 he created a reproduction/re-enactment of Ginsberg’s Howl, for a Beat Conference held in Manchester. Like psw, Pennington revels in the duplicator’s simplicity: “to my mind, the stencil process is not one intended for hyper-fidelity – it delivers information, it sees no need to prettify”. Pennington’s most recent Aloes Books’ publication: Viruses were an accident??? is an homage to William Burroughs. He describes this collaboration with machine and ghost as “a spontaneous celebration of the publication of the first Cut-Up book; the project became an invocation to drive out the Virus using a typewriter once by owned Burroughs.” A second ghost haunted the project when the remains of a petrified cockroach was found lurking in the dust under the typebars.

Visit www.gestetner140.com to see the online pop-up gallery of prints and music inspired by the Gestetner.

*Due to social distancing measures we cannot currently welcome visitors. We will be sharing the books with the public online via UWE Bristol Library’s Twitter feed. Up to date info can be found here.