Winter Books from our Archives

A selection of artists’ books from Bower Ashton Library Special Collections and the Centre for Print Research archives at UWE, Bristol. Some wintery specimens inspired by the release of the paperback version of Nancy Campbell’s Fifty Words for Snow. Nancy is on tour signing her book throughout December, see her calendar or follow her on Twitter for updates.

Artists’ books in this exhibition include:

DOM (Document Object Model), Julia Borissova
‘In my book I refer to the concept of home. ‘Dom’ means a house, home, a building or a household in the Russian language, but the title of my book also incorporates the English meaning of DOM as an acronym for Document Object Model, a structure for data in formats such as HTML or XML. That interpretation of the word DOM is expressed in the book, which is part document, part object, and features a model of a home in its photographs. I reflect on how we feel, understand, and remember the home where we inhabit. I explore how our concept of home is changing over time and the notion of home is transforming in connection with the place in which we live.’ More information on Julia Borissova’s website.

Endlessness, Tim O’Riley
‘An artist’s book that came about after Tim O’Riley became fascinated by a pair of skis from Scott’s expedition to the Antarctic in 1910-13 (in collection/s of the Royal Geographical Society). These handcrafted skis belonged to one of the younger members of Scott’s Polar Party, Apsley Cherry-Garrard and are carved with his initials, most likely by the man himself. Endlessness loosely charts the gruelling ‘Winter Journey’ as Cherry termed it in his diary. Through facts, borrowed text, new and found images, Endlessness retells this journey, while a series of visual and written ‘interludes’ open up a more speculative narrative on solitude, interiority, and vision.’

Published by Peter Foolen Editions, Autumn 2020. More information on Peter Foolen’s website, where you can also order it in Europe, and on Tim O’Riley’s website for UK orders. 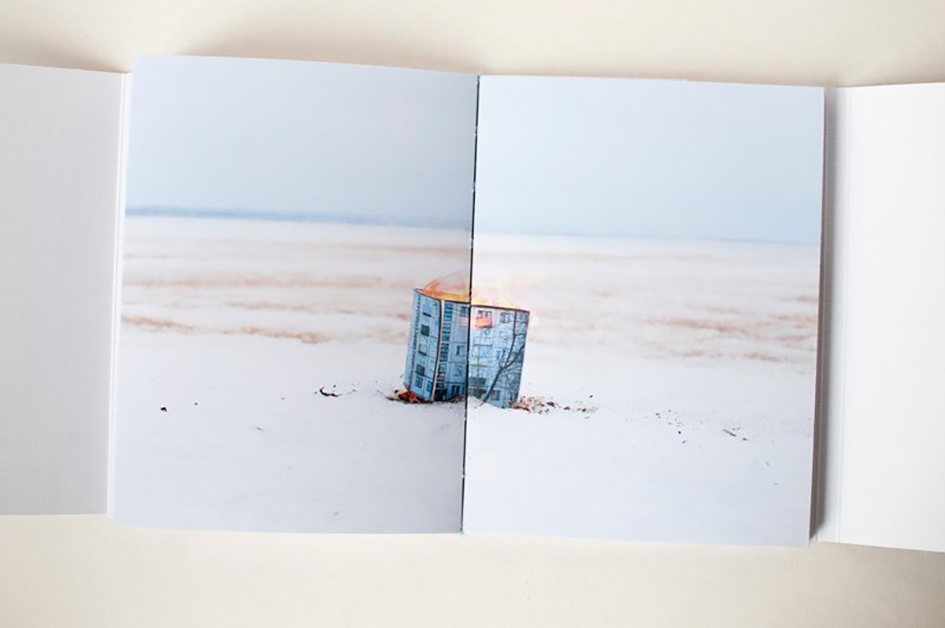 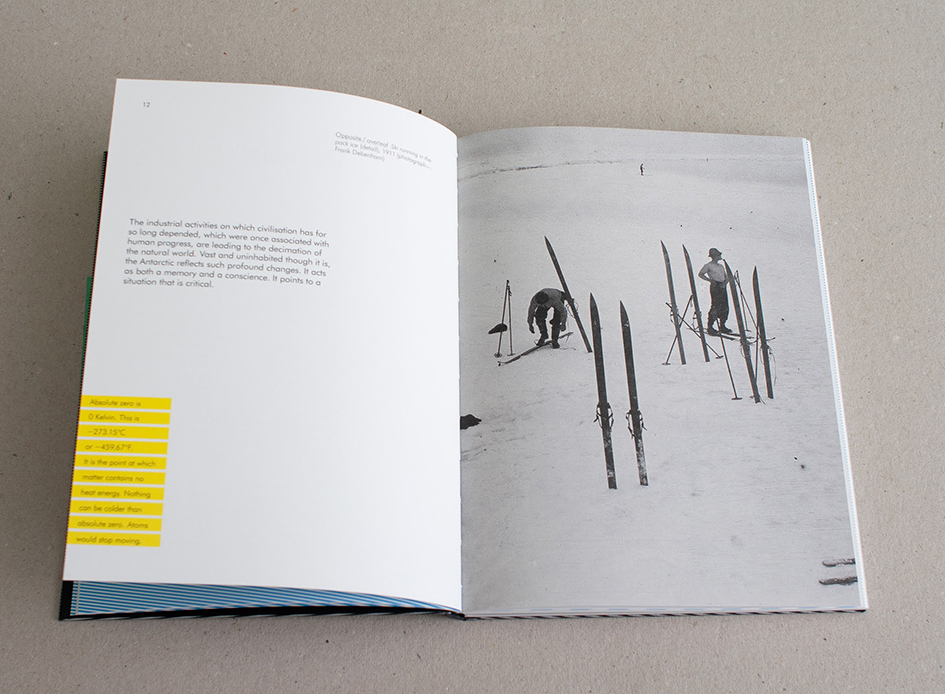 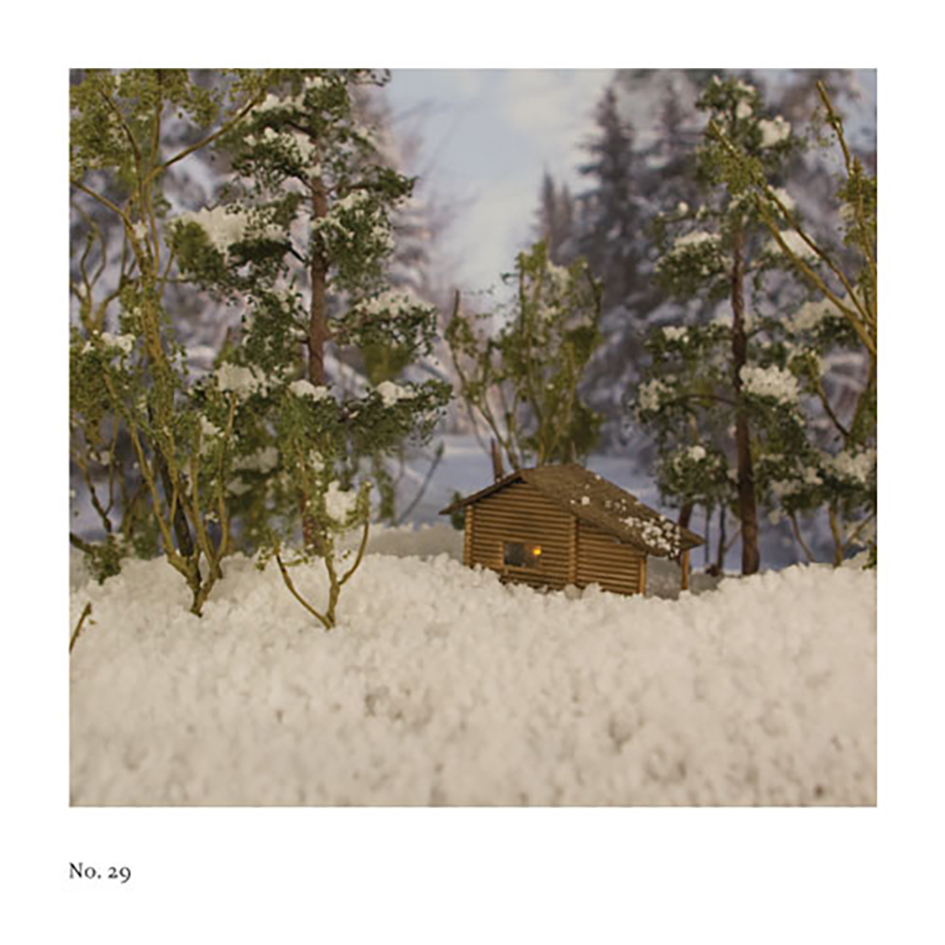 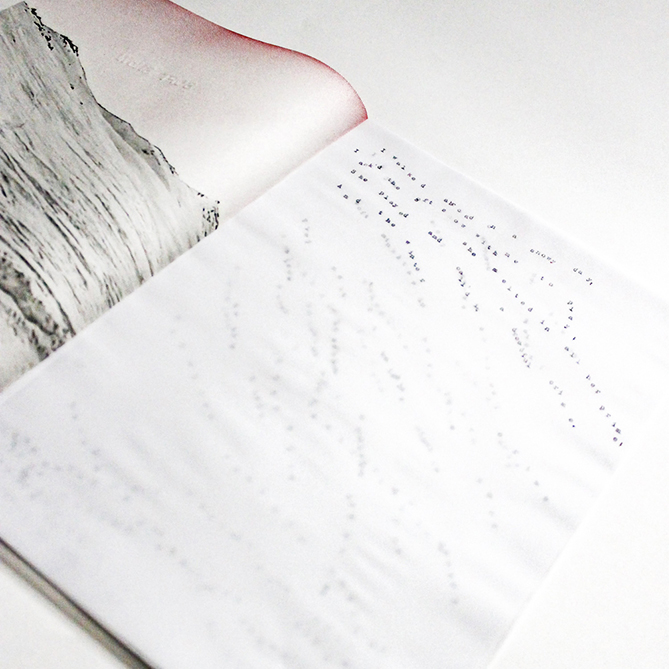 Thirtysix Views of #MtFuji, Tom Sowden
Images of Mount Fuji from a clockwise tour on Google Street View, captured on one journey in January 2019. Inspired by and made in homage to Katsushika Hokusai, Utagawa Hiroshige, Ed Ruscha and Lucy May Schofield. Editioned and distributed as part of the Journal of Artists’ Books 45, 2019. More information on Tom Sowden can be found here.

Newport Snow 1985, Stephen Clarke
In the second year of my degree course in Fine Art at Newport College of Art, I had reached the point where I was stuck. Not knowing what to do I had a tutorial with the head of the course, Roy Ascott. He advised me to go out to take photographs. Perhaps subconsciously these photographs were of walkways, bridges and gates leading me through a town, and my own mental state, that was snowed in. 08.02.18. 36 pages, 14 x 20 cm, b/w digital. Edition of 200. Published by Café Royal Books, 2018. Stephen Clarke is a photographer and Lecturer in Art and Design: Critical and Contextual Studies, University of Chester, UK. 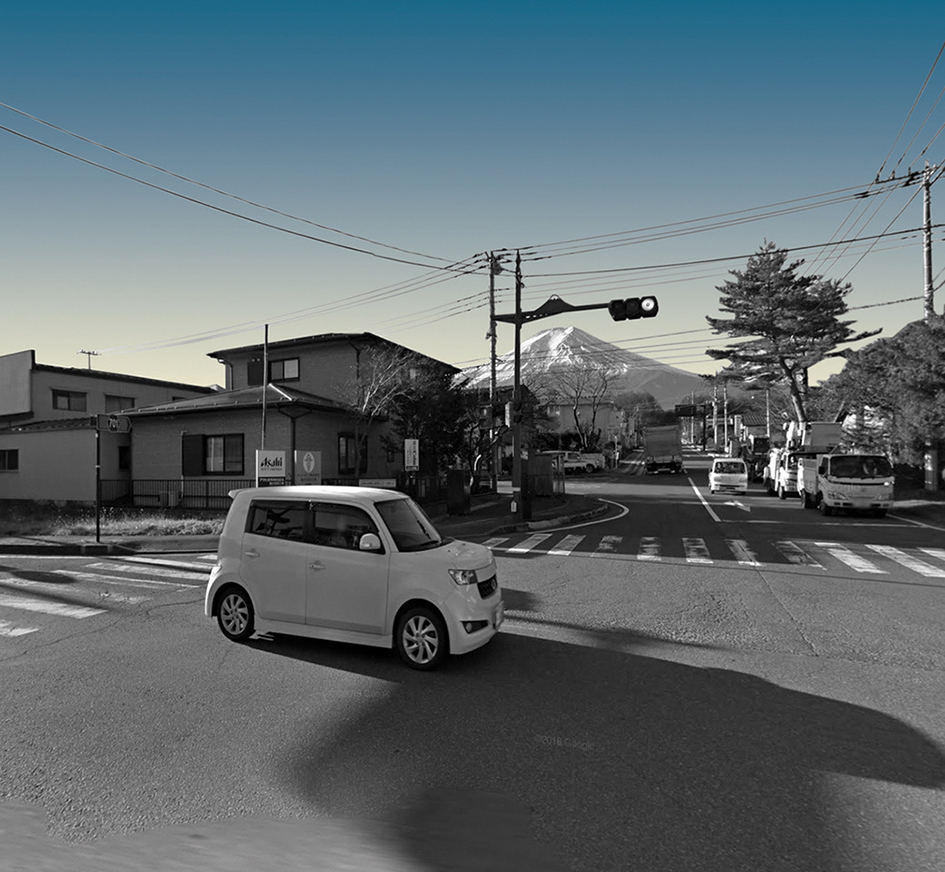 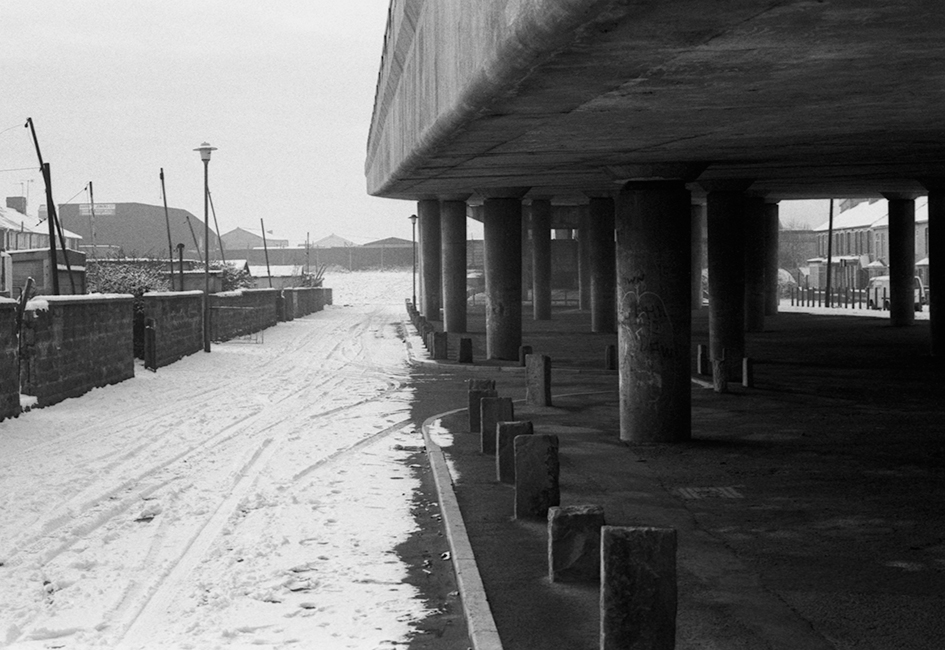 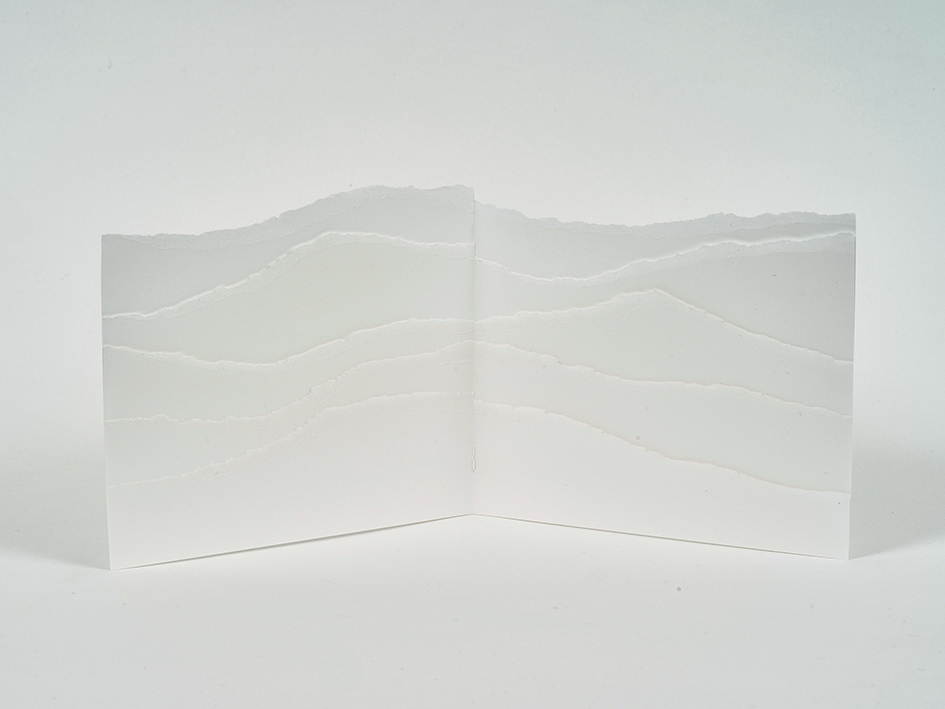 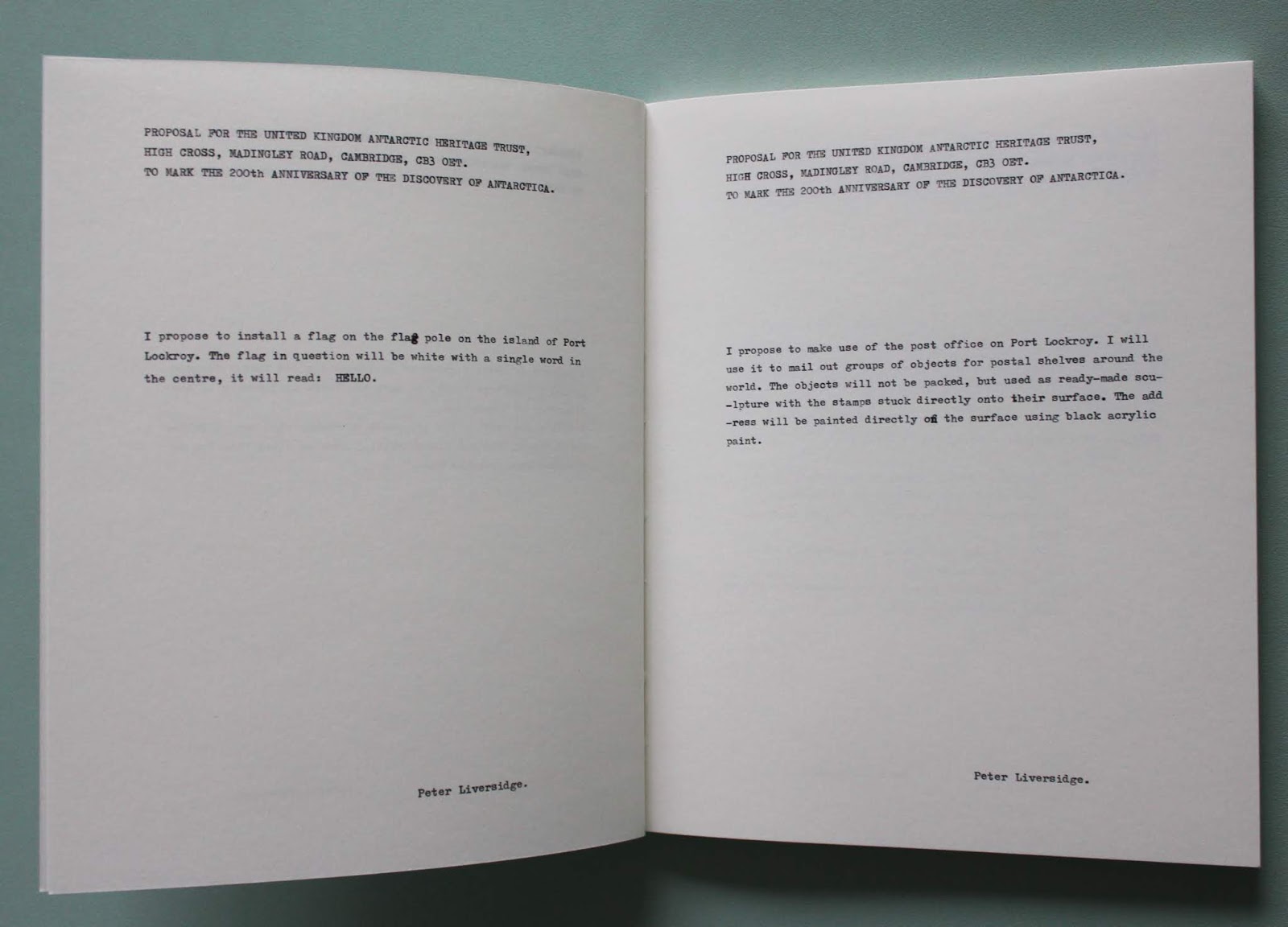 landscape, Julie Johnstone
landscape celebrates the sheer beauty of the torn edge and explores the suggestion of a distant mountain landscape that is created by layering torn edges. It was originally made as a Christmas card. It can be read purely by opening at the centre page – or even stood on a surface this way – or each page can be turned in turn, revealing and creating different landscapes as the reader moves through the book. More information on Julie Johnstone’s website.

Proposals for Antarctica, Peter Liversidge
From the UK Antarctic Heritage Trust website: ‘From 1st November 2019 to 30th November 2019, Peter Liversidge typed and mailed 60 proposals to the UK Antarctic Heritage Trust to mark the 200th anniversary of the discovery of Antarctica in January 2020. The group of 60 proposals range from the possible to the impossible, including creating a series of full size Easter Island heads from snow gathered on Port Lockroy, raising a flag on Antarctica that is blank, other than a single word that reads: Hello, to asking 200 schools around the United Kingdom to collaborate on a series of watercolours, using gathered iceberg water to activate watercolour paint, to paint watercolours of icebergs.’

Greetings from Norway, Imi Maufe
A 10-day hut-to-hut skiing tour above the tree line in Stølsheimen, Norway, influenced by advertisement graphics of Turlag (touring) guides found in the hut bookshelves, the limited palette of colors provided by the barren, but beautiful landscape and the irony of picture postcards combine to encapsulate the experience of the journey. Screenprinted edition of 20, 2004. More information on Imi Maufe’s website.